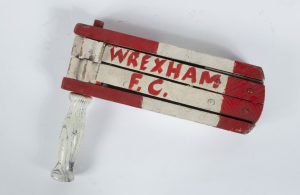 For many years a hat, scarf and football rattle were essential accessories for football fans. Towns, villages, collieries and factories formed teams in the late 19th century but it was not until 1863 that the rules were established and teams were restricted to 11 players.